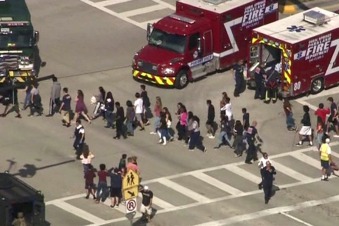 Over the past 24-hours, I’ve been wrestling with what happened in Florida Wednesday afternoon. I keep reminding myself I have no desire to write one more column about America’s children being killed in their classrooms, victims of our curious, bizarre, bordering on religious, dysfunctional love-affair with guns.

But I can’t close my eyes and make it go away, so I thought I’d begin by putting a few facts out there that seem self-evident: 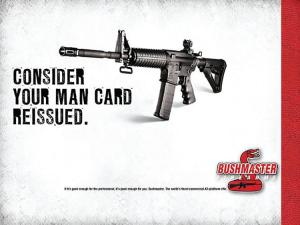 This is not a blog post touting easy answers or prescribing a clear road forward. It is, however, a post designed to challenge every last one of us to take a long hard look at the impact the ready availability of military-style weaponry has on freedom and security.

I see children and teachers who may never be free from fear – that is the real effect of our refusal to do something creative and constructive about guns. If anyone believes our schools and our children are more free because there are people in their town who own assault rifles, then I can only conclude they are delusional.

How many more dead children before we admit that we are wrong?

Peace – and I really mean that – DEREK

(Note: This new blog format – “Monday, Wednesday, & Friday” – is deliberately set up to accommodate the dream of reinventing my newspaper columnist past. My regular column with the Tama Tribune emerged from a unique set of circumstances, and I’d love to see it happen again here in Raleigh. This commentary is faith-based and rooted in Jesus – but without the political slant that has so severely compromised the evangelical perspective, leading adherents away from Christianity and deep into the territory of religious nationalism.)