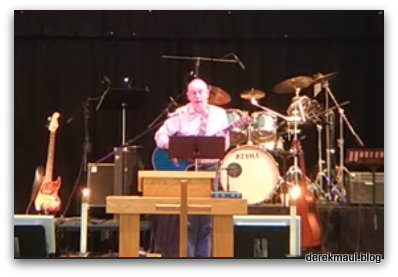 Traditionally, along with Labor Day at the other end of the summer, Memorial Day weekend is one of the most poorly attended Sunday mornings in the church year. With both the mountains and the beach easily accessible seemingly half our congregation packs the car and hits the road. 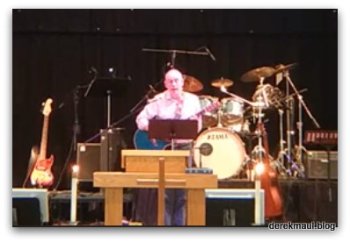 Not only half the congregation but most of the Praise Band too! Consequently, I was asked to plug my guitar into an amp and stand in front of a microphone. I do special music once in a while but this was my first time actually playing with the band. What a great group of musicians; I had a blast.

Rebekah used Sunday to kick off her series on Christian Virtues, a counterpoint to the well-received 7-Deadly-Sins messages she shared during Lent. She got the ball rolling with “Wisdom and Courage.”

An opportunity to say “thank you” to God:

From my perspective, it seems that churches all across America would be full to overflowing on a weekend where Memorial Day puts the spotlight on the cost of this amazing gift of freedom? Fact is – if you’re the kind of person who only comes Christmas and Easter – Memorial Day checks all the boxes.

It is exactly because of this sacrifice – unselfishly offered by so many – that we have the liberty to worship at all (or to not worship). I find it ironic that so many people take this freedom of religion so much for granted that the practice of faith, while they say they believe, is low-priority and an inconvenience.

Here at WFPC we are part of a faith community that is alive, vibrant, passionate about Jesus, full with young people, engaged in mission, a vital part of the community and constantly wrestling with how God is calling us to grow.

Our congregation is healthy and confident about the future. But many churches find themselves struggling to remain relevant and to keep their doors open.

The greatest threat to America is indifference:

You see the greatest threat to the future of this great nation is indifference. Not so much in politics as in faith. We can talk more about what it is that turns people off in another column, but for now I want to turn the tables back on the people who fail to understand how important faith is to the future of America.

Understand this, you vast majority of Americans who neither support nor attend a local church (and please note that I am 100% for the separation of church and state): The USA that we all love, this unprecedented marvel of democracy and prosperity and progress that emerged out of the inimitable Constitution and Bill of Rights, depends on the existence of a healthy, growing, influential, and active Christian Church and the practice of public worship.

In other words, people of these United States, your indifference when it comes to church will be the undoing of America long before any other army, or power, or threat crosses these shores. The church will not die, but the soul of this country may well die without it. God doesn’t need us, but we most surely need God.

I for one am beyond grateful for the freedom to worship, and I plan to exercise that freedom every chance I get! – DEREK 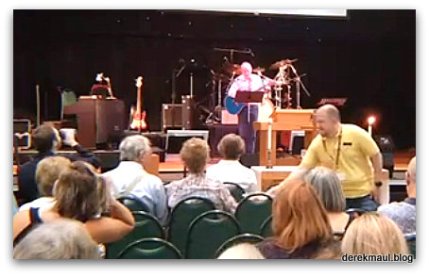 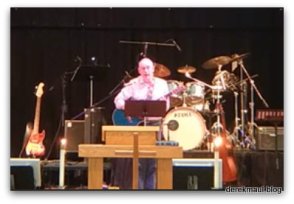 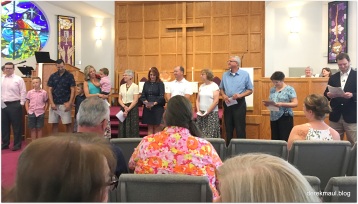