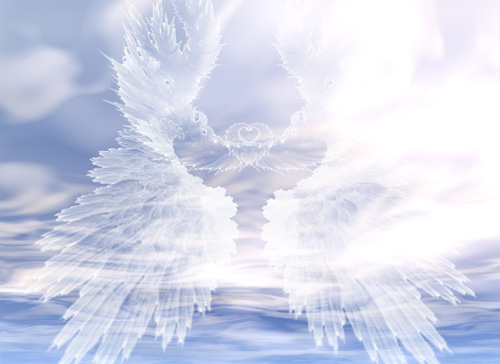 Suddenly a great company of the heavenly host appeared with the angel, praising God and saying, “Glory to God in the highest heaven, and on earth peace to those on whom his favor rests.” – Luke 2:13-14

A few days ago I promised to retell the story I first heard in one of my wife Rebekah’s classic Christmas messages. It’s a wonderful coming together of the sacred and the secular. And – though I know Rebekah typically starts from scratch every time she preaches – it’s a story I’d love to hear her tell again from the pulpit.

It happened just a few days before Christmas, back when we lived in Brandon, just east of Tampa. Rebekah was driving to church for a meeting and slowed down as the interminably long traffic light at highway 60 changed to red. She was listening to Christmas carols on the radio.

Then from behind her, a harsh boom-boom-boom-boom came from a beat-up looking car that literally rattled from the vibrations. The car switched lanes to come alongside and she could swear the occupants turned their music up.

Not to be outdone, Rebekah cranked the volume on her Christmas carol station, but there was no drowning out the invasive sound from the other vehicle. Then, measure by measure, she started to notice that the meter, the cadence, the spirit, and even the key worked in strange harmony with the persistent, grating, heavy metal rock.

So she wound her window down and gestured invitingly to the two young people. “Listen to this!” she hollered to the occupants, pierced and tattooed (“Bonnie and Clyde” she dubbed them in her message), vibrating in the adjacent lane.

Startled, the girl on the passenger side rolled down her window too. They both glowered angrily at Rebekah.

“Can you hear it?” Rebekah shouted across the space between the vehicles, smiling expansively. She turned up her volume as far as she could stand it. The carol dared to challenge the glaring, the dissonance, and the hostility.

The occupants of the other car continued to glower, but then the girl on the passenger side began to hear it too – the sounds of It Came Upon a Midnight Clear weaving in and through the music that was rattling their car. It was a holy juxtaposition of the secular and the sacred, God invading the cacophony of random noise at street level on a weekday evening, a kind of incarnation there at the busy corner of Lithia-Pinecrest Road and Highway 60.

“Can you hear it?” Rebekah shouted again, as she smiled generously at the young people.

Bonnie sort of nodded back, with a half smile. And then – as the light turned green – they drove off into the night.

Rebekah told me about the encounter and I did some research. I discovered that what she was listening to – on JOYFM – was a contemporary interpretation of It Came Upon a Midnight Clear, recorded by Mercy Me on their “Christmas Sessions” album. 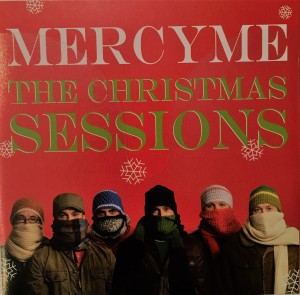 Somehow God used the classic hymn (click here and enjoy!) to reach through time and space, and to bridge the gap between two young people and a Presbyterian pastor in a particular moment in time on a balmy Florida December night.

What happened, I believe, is that the occupants of both vehicles paused from the distraction of this world long enough to listen to the angels’ song. Here’s the verse I’m talking about:

And man at war with man hears not
The tidings which they bring
O hush the noise, ye men of strife
And hear the angels sing.

We are so constantly at war with one another! From the strident voices of political polarization to the bitter anguish of internal struggle so many people live with every single day. Life is challenging by default, and people at odds with each other, with God, and with themselves seem to make it more difficult still.

But there is another way.

“O hush the noise, ye men (you people) of strife, and hear the angels sing.”

So hush your noise. Stop struggling. Be still. Cease striving. Listen. Open your hearts. Listen again. Can you hear it?

O you, beneath life’s crushing load
Whose forms are bending low
Who toil along the climbing way
With painful steps and slow

Look now, for glad and golden hours
Come swiftly on the wing
O rest beside the weary road
And hear the angels sing

Can you hear them? – DEREK

Christmas message The Manger The Meaning the message The Story angel choir angels from the realms Bonnie and Clyde can you hear them? choir of angels featured Luke 2