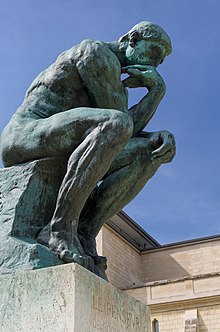 One of the things I enjoy most about being a writer is the contemplation phase. In fact, sometimes I prefer to refer to myself as “A professional thinker.”

Some thinking occurs directly through the mechanism of writing. The thoughts literally travel through my hands and fingers and I don’t have a clearly articulated idea until I see it come out as words on the screen, appearing before my eyes as I am typing.

Other times I need to take a walk, filling my head with fresh air; or maybe sit comfortably in an easy chair with a cup of coffee, sometimes with a pad and pencil, other times meditating or reading scripture. I have even played golf, joking that I am, in reality, still working, letting ideas or sticky problems bounce around just below the surface of my consciousness while I relax.

It’s difficult to say if any activity I’m engaged in is either work-related or not. How many of the miles I drove this week counted as “mileage” in my occupation as a writer? All of them, probably, as sometimes it is driving that stimulates creativity and insight I would not have otherwise engaged. 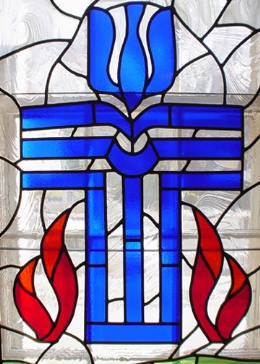 This weekend I’ve been thinking a lot around the lesson I’m teaching during the Sunday-school hour. My class – “Practical Christianity” – is working through the general topic of “Christian Doctrine.” Or, more properly, “What is distinct about the Presbyterian approach to the Christian Faith?”

Presbyterians are – by and large – classified under the umbrella of “Reformed” Christianity. Reformed is essentially a subset of “Protestant.” And Protestant means the Christian movement that emerged from “protesting” some of the directions the historic institutional church had taken by around the 15th Century BCE.

In addition to the textbook I’m reading by Dr. Shirley Guthrie, I’m also using Being Presbyterian in the Bible Belt as a companion guide.

My purpose is not to suggest that being Reformed, or Presbyterian is right and other approaches are wrong, but to understand who we are to the extent that we can appreciate, answer questions, and even explain what makes us (both historically and in 2020) Presbyterian. To some extent every last one of us is wrong, and the moment any “doctrinal position” is staked out and reduced to words it is necessarily superficial and inadequate.

So, with all that in mind, tomorrow’s discussion topic is, “Who is in charge?” Another way of looking at this is, “Ecclesiastical Authority.” 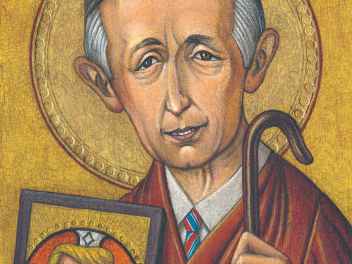 Some Christians believe their pastor has not just the right but the responsibility to stake out authoritative positions, telling church members what to think on certain topics, or how to vote, even making public statements that a president is “God’s favored choice”. Often such instruction is accompanied by the claim, “We believe in the authority of scripture…” (implying that other people/churches do not!!).

In the Presbyterian Church both the pastor and the church officers serve as “elders.” The minister is a “teaching” elder and the lay folk are “ruling” elders. At regional meetings the Presbytery Executive organizes, but does not rule, there are usually about the same number of ministers present as lay people, and their votes all count equally.

The short answer on authority in the church is that we are responsible to our conscience, that each individual member is subject to the authority of the scriptures, guided by the creeds and confessions of the church (documents such as the Apostles Creed, the Nicene Creed, the Heidelberg Catechism, and the Westminster Confession) and obliged to follow Jesus, to go to God in prayer, and to seek the guidance of the Holy Spirit.

Pastors only own the authority that comes with respect – vested in their calling, their leadership, their preaching, the credibility of their witness to light and love, the wisdom demonstrated over the years, the social contract implicit in such relationships,

So, sometimes I think, then I write, then I organize my thoughts, and then I write again. Today I’m simply thinking out loud.

“But if serving the Lord seems undesirable to you, then choose for yourselves this day whom you will serve, whether the gods your ancestors served beyond the Euphrates, or the gods of the Amorites, in whose land you are living. But as for me and my household, we will serve the Lord.” – Joshua 24:15