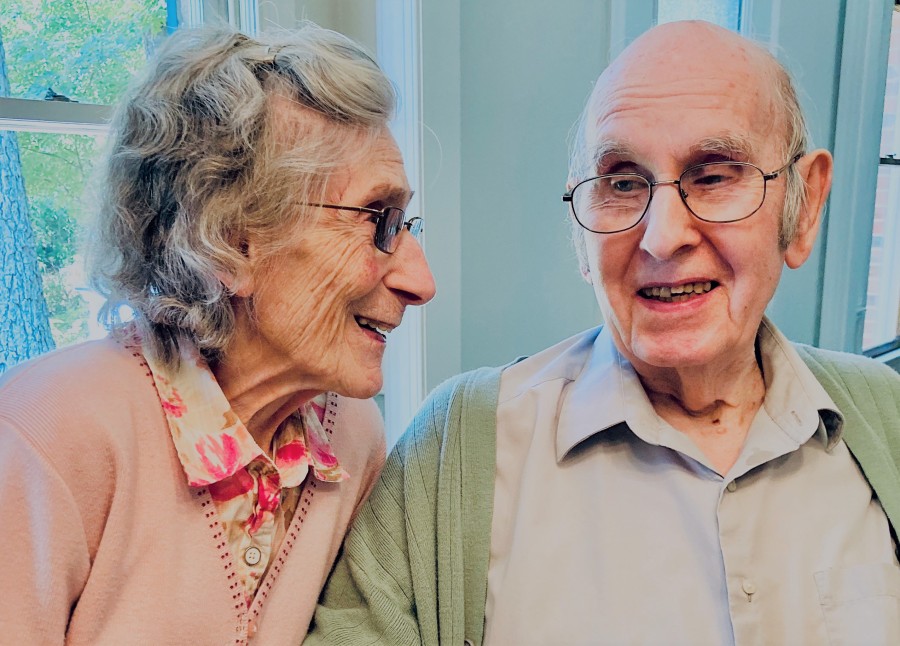 Out of his fullness we have all received grace in place of grace already given. – John 1:16 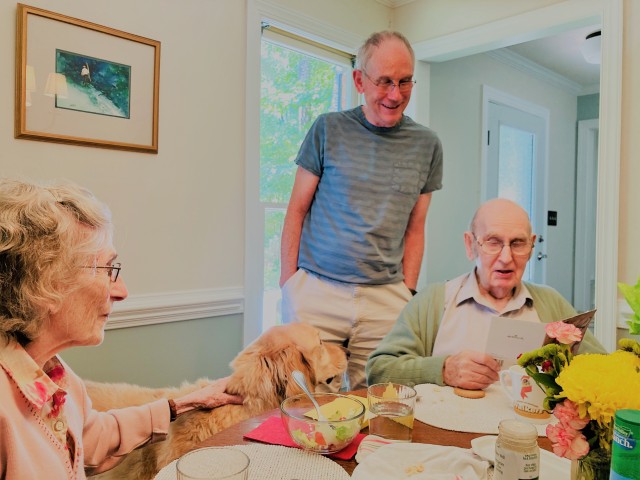 Every time I turn around, someone has another birthday! Me (all the time!), Rebekah, the children, the grandkids, all those people on Facebook!

Not to be outdone, yesterday my dad pulled off one more achievement in his remarkable run and notched up birthday number ninety-two. That’s right, having been born in 1928, dad has finally come full circle and made it back into The Twenties. So much happened over the ensuing 92 years: so much life and death, war and peace, invention and technology, progress and regress; yet, in many ways, the landscape of this world looks very much the same.

My dad was born in London, close enough to the sound of Bow bells to meet the criteria for “Cockney.” But the family soon moved thirty-five miles east to the small town of Rayleigh, in Essex. Other than the “evacuation” years of WW2, and a stint with the Army, dad lived there until 1952, when he married Grace Kemp and moved to Folkestone (my hometown) where he opened a manufacturing enterprise.

It never entered my parents’ minds they would ever live anywhere other than England. But then they never imagined their son Geoff would marry an American, or that Derek would attend university near Orlando and marry a Presbyterian preacher, or that their grandchildren would grow up in Florida.

But life is like that. The question is – always – not so much “What happens?” but, “How do we respond?” And this is the point of today’s post.

My dad responded – is responding – with grace and with faithful love. That is who he is, and it is the definitive characterization of 92 years living as a child of God in this remarkably unpredictable world.

Each year a gift:

There is not a lot that you want for your birthday when you turn 92. Dad’s favorite dish, he said, is the fettuccine alfredo with shrimp he gets at The Olive Garden. So I made that for him at home and I am confident in saying it was better than the restaurant version. I added crab meat to the alfredo sauce and the result was remarkably good (photo in gallery below).

It was a quiet birthday, punctuated by phone calls and cards and video chats from family and friends who paused long enough to realize the rarity and significance of such a milestone.

Each year is a gift. Each day now a welcome and unanticipated blessing. But the consistent thread that holds everything together, all the hopes and dreams that are our todays, yesterdays, and tomorrows, the thread that holds the Universe in balance, is the presence and light and power and love of the same Lord who my dad has followed so faithfully all these years.

For in [Jesus] all things were created: things in heaven and on earth, visible and invisible, whether thrones or powers or rulers or authorities; all things have been created through him and for him. He is before all things, and in him all things hold together. – Colossians 1:16-17

92 and counting. In love and gratitude – DEREK 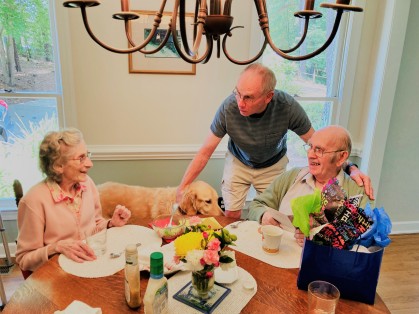 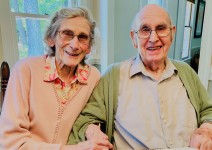 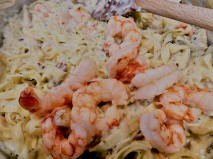 6 thoughts on “Happy birthday, Dad. The Rarity and Significance of 92”