After the beach, much of our vacation this year was spent alongside the estuaries of the Pamlico and the Neuse. Both empty into the broad Pamlico Sound that separates North Carolina from the islands of the Outer Banks.

It has been another unique look at this beautiful state we’re learning to love so much. The deep water and sheltered harbor of river estuaries appealed to the early settlers, and these places became critically important for the beginnings of the North Carolina we know today.

New Bern became the colonial capital (see Tryon Palace: a story of entitlement), and stands today as one of the most picturesque of North Carolina’s coastal towns.

So the photographs I’m sharing today come from New Bern, from Washington, and from Bath. Bath became our state’s first official town in Colonial times, and teetered on the brink of becoming strategic, important, and prosperous. But – for a variety of reasons – history passed them by.

If, like me, you think you had never heard of Bath before, you’ll realize that you actually do know about it if you’ve heard anything about Blackbeard (Edward Teach), the infamous pirate. Black Beard made Bath his home in response to an amnesty agreement, but was eventually killed on the Outer Banks when the British realized the pirate was simply taking advantage of good North Carolina hospitality.

Today Bath is a sleepy town with the state’s oldest extant church structure, an interesting story, some period homes, a picture perfect setting, and some wonderful fried oysters at the local diner.

It’s a worthwhile day trip, but it’s one you really have to take with an appreciation for history.

For us, it was another good stop along the riverside, and a journey just a little deeper into what makes North Carolina grow on us more and more each passing year. 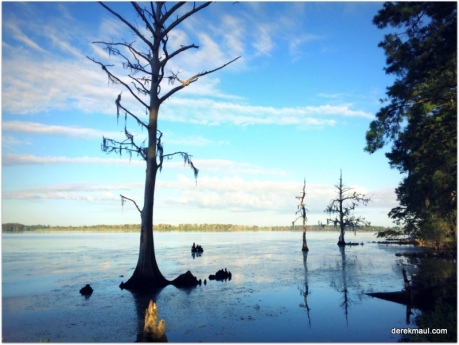 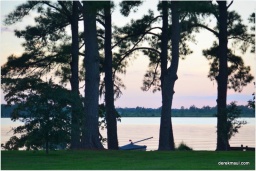 Washington and the Pamlico 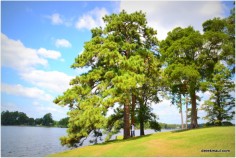 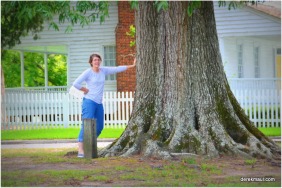 Rebekah holding up the trees 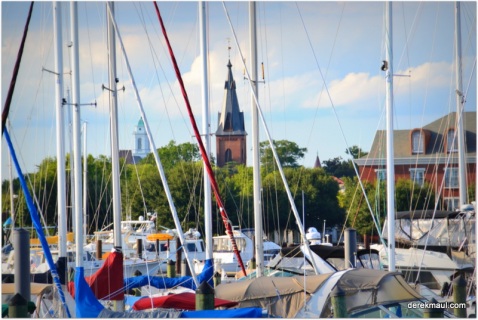 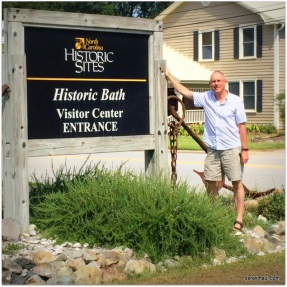 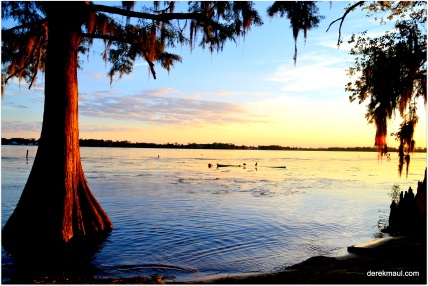