Today’s post is – quite literally – a trip. But first, a little background. I have spent the past few days doing some final fact-checking for my new book. That’s right, my first novel – Suddenly the Light Was Gone: a novel of World War 2 – is slated to be released the first week of October.

The first part of the story takes place in my hometown of Folkestone, in the South of England. So, with the help of Google Maps, I took another good look at the topography – the streets, the layout of the town, the views – to make sure my memory was accurate.

Then I couldn’t help myself, I became more curious. I switched to satellite, and then took in a lot of “street level” views. I actually “walked” around my old town. I checked out the first home I remember (right), then I hung out around the neighborhood where I did most of my growing up (Avereng Road, 1962-1975) before I came to the USA for two weeks and never made it back…).

I was surprised to see the addition on our first home, I’m disappointed it’s no longer a hike through the fields to get from our other house to the hills, I can’t believe how much of a jungle our old back garden has turned into (I’ve labelled the pictures in the slideshow), and my school looks exactly the same as it did in 1974. 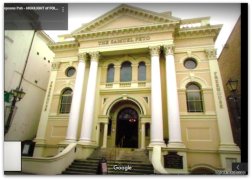 Then I went downtown to take a look at Folkestone Baptist Church (or what used to be the Baptist Church before it turned into a pub – oh, the irony!). If I had described the property to you before checking the photograph, I’d have said there were at least twice as many steps up to the entrance, and that the building was significantly larger. In my memory, standing outside the doors of the church and looking out towards the English Channel, that flight of stone steps was massive!

So I wandered around the town – thanks, Google! – and I breathed in – virtually – the fresh salt air that marked us as a seaside community. My dad’s old factory is now a furniture warehouse, the Channel Tunnel has ended the daily stream of ferries crossing from France and Belgium, the town center is now mostly a pedestrian zone.

Checking the labels, almost all of these photos date from 2017. It was – in a virtual sense – a quick, albeit impersonal, excursion to my old stomping grounds.

Life moves on. It’s not 1970 anymore (thank God), and it never will be again. That’s the point of being alive, of constantly creating and recreating, of moving forward. Everything in these photographs – and I invite you to scroll through, it’s a beautiful town – has contributed to who I am today.

It’s fun to visit the past, and it’s critically important that we understand it – but it would be a mistake to try to go back. That’s one of the many problems inherent to both the politics and the religion of nostalgia.

I’m so very glad it’s the year 2017, that I live in Wake Forest, North Carolina, and that I have sixty-one years of foundation to continue to build on.

So thanks, Folkestone, for being such a wonderful part of my story. And thanks so much to Google for the quick visit. 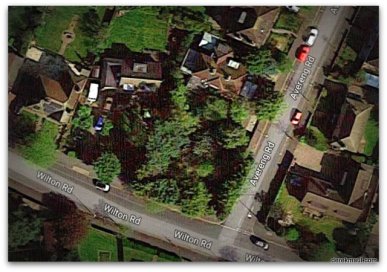 ours was the house on the corner 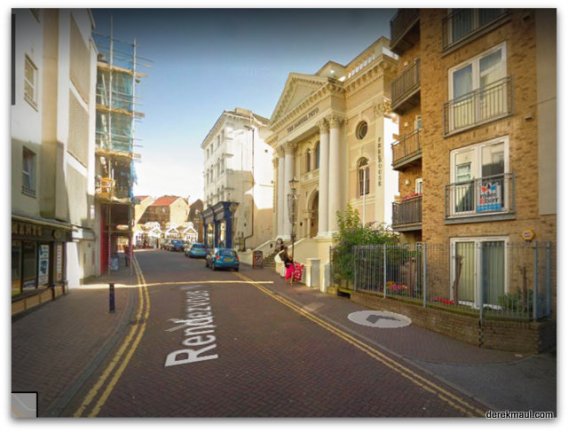 they moved to the suburbs and now it’s a pub

Folkestone from the harbor 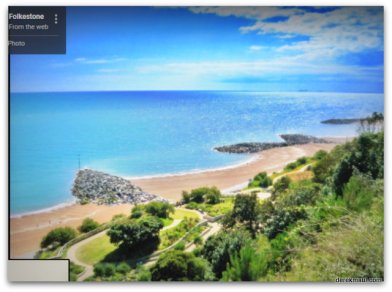 seafront from the Leas 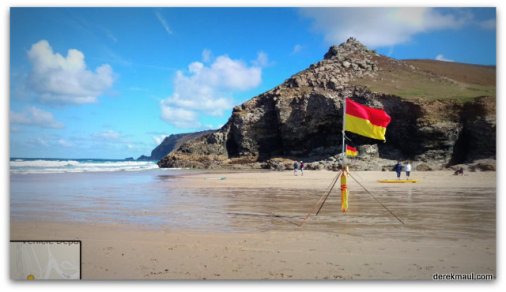 down near The Warren

from the old docks 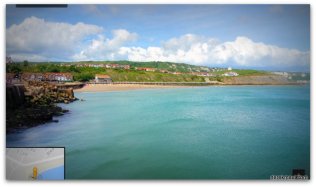 town from the pier

from our first house looking to the hills

from the hills behind the town