Today I am going to simply report on two interesting experiences:

Friday at the Temple:

In the Mormon faith certain “ordinances” are reserved for the temple. Many communities are home to a Mormon “church”, but – worldwide (or so I understand) – there are only around 160 actual temples. Until now the closest was in Washington DC or South Carolina.

The temple is set aside for special rites such as “baptism for the dead”, certain levels of instruction, meditation in the “Celestial Room”, and – what was described to us as the highest and most sacred ordinance – the “eternal sealing” of a marriage.

Once the sacred space is officially consecrated (October 12) only Mormons “in good standing” are allowed in.

This was, therefore, a rare opportunity to take the tour and learn something about the spiritual practices that mark the Mormon religion as unique and distinct from Christianity.

The host community in Apex was extremely friendly, welcoming, and hospitable. The temple is obviously deeply important to the practice of Mormon beliefs. Not only did we learn a lot but we also gained a deeper understanding of what is a very specific and clearly-defined culture, where “Family” is integral to the understanding of God and where “heaven” is accessible only via the most exact practice of strict religious law.

Then, from 10:00 through 2:30, I hosted a leadership event for the board of an ecumenical men’s ministry based in Virginia.

They are working to design and offer a small-group based ministry that encourages men from all denominations to meet together around the goal of restoring wholeness, to be more intentional disciples, and to eschew the cultural norms that work against community, and vulnerability, and grace, and mutual encouragement.

I am not a member of this group but I support their aims and have – to some small extent – been responsible for laying the inspirational groundwork for their initiative via my writing, most especially my best-selling book (which you all would enjoy) GET REAL: a spiritual journey for men.

So it did my heart good to meet and greet, to host, and to sit in on some of the conversation.

During the afternoon session, apparently, the guys latched on to a scripture I had shared from Colossians 2:20. Here it is, first in the CEB then the Amplified:

The invitation of this scripture is to reject the toxic masculinity advocated and modeled in the world around us (and many religious people) and encourage one another to live as followers of The Living Way of Jesus.

There it is, bottom line. This is the reason I am passionate about ministry with and to men.

Jesus wants us to be subversive in this culture – DEREK 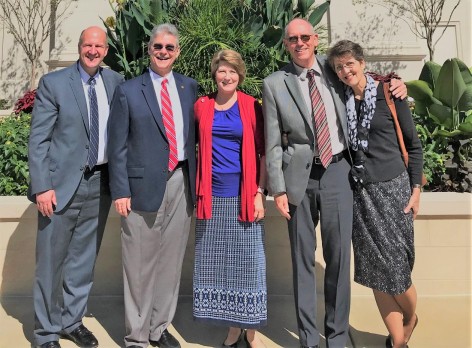 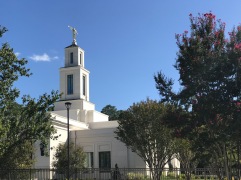 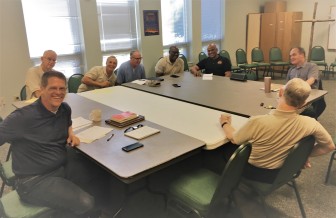 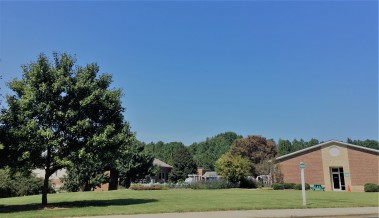