After Jesus was born in Bethlehem in the territory of Judea during the rule of King Herod, magi came from the east to Jerusalem. They asked, “Where is the newborn king of the Jews? We’ve seen his star in the east, and we’ve come to honor him.” When King Herod heard this, he was troubled, and everyone in Jerusalem was troubled with him. – Matthew 2:1-3

Today I’d like to take a bit of a left turn away from all the Christmas stuff, and take a moment to address the fuzzy boundary between the practice of faith and the political arena.

Yesterday I read a provocative article by Will Willimon (Professor of the Practice of Christian Ministry at the Divinity School, Duke University) that takes a more confrontational approach vis-à-vis the idea of being radical as followers of Jesus. Willimon asserts that – as Christ followers – it’s our responsibility to be subversive.

In many ways I agree. In fact, wrote a whole section on subversion in my 2010 book, The Unmaking of a Part-Time Christian. “If with Christ you died to the elemental spirits of the universe, why do you live as if you still belonged to the world? Why do you submit to regulations? (Colossians 2)”

At the same time, I’m not so sure that revolt is our calling as Christians. In his excellent blog, A Peculiar Prophet, Willimon effectively calls out the president elect. He references King Herod’s fear of the newborn King (Jesus), encouraging Christians to live out our faith in such a way as to make Herod tremble. Willimon writes:

I can’t join those Christians who respond to the current political climate with calls for civility, unity, harmony and healing of our nation. Matthew’s story says to me that ours may be time, not for pacification, but for resistance and revolt. We ought to be more fearful of missing out on God’s revolution than afraid of Herod’s reprisals.

I say that not simply because I think the Trump administration will be bad for America but because I’m a citizen of that baptized band who believe that the Babe of Bethlehem is the only true sovereign and that Jesus’s people, though marginalized and ridiculed by the powerful, are God’s politics. (Will Willimon, A Peculiar Prophet)

While I share some of Willimon’s concerns regarding the next four years, what he seems to be talking about suggests theocracy, and it’s my belief that little could be worse for freedom than blurring the lines of separation between church and state.

Of course I agree that, as believers, this “baptized band” who like to talk about the Kingdom of God, it’s critically important that we accept God as sovereign. Yes, Jesus is our King, and the Kingdom of God is our first allegiance – but we can’t forget that it was Jesus who said, “Render unto Caesar that which is Caesar’s” (Matthew 22:20-22). Here in the USA we live in a constitutional republic, and – like it or not – we have freely elected Donald Trump as leader.

In this contentious time I believe it is critical that we embrace rather than reject “civility, unity, harmony, and healing;” because our calling as emissaries of the Good News of Jesus is the same that led Jesus to ride into Jerusalem in peace, on a donkey, rather than mounting a warhorse, at the head of a revolt.

Yes, the Gospel “Proclaims freedom for the prisoners and recovery of sight for the blind, declares freedom for the oppressed, and announces the year of the Lord’s favor” (Luke 4). But we are instructed and equipped to model and to live out, “Love, joy, peace, forbearance, kindness, goodness, faithfulness, gentleness and self-control. Against such things there is no law” (Galatians 5:22-23).

My take on this – and I’m thinking out loud here – is that our responsibility as Followers of the Living Way is to introduce people to Jesus, to shine the light of God’s love with clarity and integrity, and to work to effect positive change as Kingdom citizens – blessed to live in these United States and respectful, grateful, to be citizens of the USA. 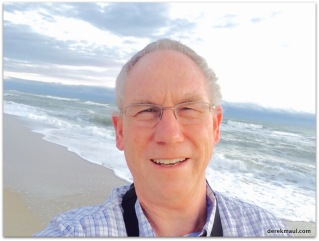 But I do come to the end of this post in much the same place Willimon did his, when he wrote, “So, Troubled Christmas to you, Herod. Thanks for reminding us, without intending to do so, that the Babe at Bethlehem is not only gift, joy, but also threat.”

This is going to be a challenging time for us as a nation and as a redeemed people. But I am a Child of Promise, committed to following Jesus, and I intend to be a source of light, not dissension – DEREK

4 thoughts on “Speak truth to power – but also to ourselves”