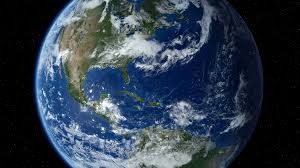 The world we live in is dangerously broken, but I believe in the power of redemption and of grace.

A few weeks ago I was asked to sit on the stage at a theater, where I fielded questions from the audience after a production of “Children’s Letters to God.” There were five of us, all billed as public figures willing to talk about personal faith. The others introduced themselves by occupation and community involvement. “I’m a pastor…” “I work as a teacher…” “I’m on the board of the community foundation….”

When my turn came I said the following:

“Good evening! My name is Derek Maul. My work involves listening to people and learning their stories. I collect stories; I try to understand what makes people tick. I’m especially interested in how our narrative – both personal and community – interfaces with The Greatest Story Ever Told. My work, indeed everything I do, is back-shadowed by faith.”

Let me explain: In the world of art there’s an interesting technique called back-shadowing. It involves “painting over” – one picture on top of the other. Here’s how it works: The artist paints a portrait or a scene. Then, after the canvas dries, another image is applied on top. When the work is completed, the effect carries an emotional impact that transcends conventional applications. The technique is potent and resonant. Sometimes the under-painting is completely obscured; sometimes it can be easily detected.

Everything that I write – books, blogs, articles, features or commentary – is back-shadowed by faith. Sometimes you can see it clearly; often it is necessary to scratch at the surface; once in a while, the story on top is absolutely all you can see. But, behind everything, my world-view is ultimately redemptive – grounded in hope and rooted in my commitment to follow Jesus. The world we live in is dangerously broken, but I believe in the power of redemption and of grace.

Consequently – rather than criticism, judgment or condemnation – commentary in this space will reflect my interest in restoration and healing. There’s a sense in which all of creation (both human beings and the planet we live on) is loaded with a kind of anticipation, creation hoping that – one day – the people whom God created and charged with responsibility will finally “get it.” Here’s how Paul expressed the idea in Romans, chapter 8: 19-21 (CEV).

All creation is eagerly waiting for God to show who his children are. Meanwhile, creation is confused, but not because it wants to be confused. God made it this way in the hope that creation would be set free from decay and would share in the glorious freedom of his children.

This truth is self-evident. If we abuse the earth long enough it fights back, and we all pay the price. Lost wetlands, pesticide misuse, chemicals poured into rivers, antibiotic ridden meat, coal ash, erosion – the list is much more extensive. I’m talking redemption, people, and it’s not just for church anymore.

So here’s my question. In what way is your community aligned with the impetus for and of redemption? In what ways do our choices as individuals, businesses, and organizations bring hope… and work toward a future that is good?

What am I doing (what are you doing?) to facilitate wholeness, healing, and reconciliation?

Let me know what you think. I’d like to hear what you are up to. Grace and peace – DEREK MAUL

One thought on “fixing this broken world…”