This post’s “Featured image” is of Andrew in one of the apartment windows with “Mr. T”, enjoying some afternoon sun.

We may have been anxious for Mr. T to come into this world, but his brief delay played well into our plan to see as much of Dresden as possible while at the same time being here for the most important event of 2019.

Consequently – and you will see the most artistic of the photographs only after we have returned to North Carolina – Rebekah and I have literally enjoyed the best of both worlds. 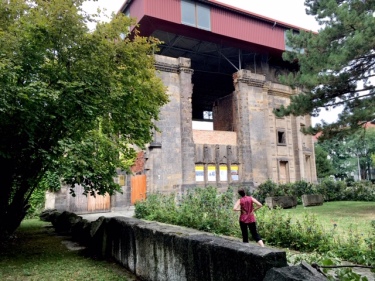 Now baby is here we have spent almost 100% of our time at and around the apartment. That is why we stumbled across this interesting ruin just a half mile walk up Nurnberger Strasse.

The Evangelical Church was destroyed, along with most of the neighborhood, in the devastating fire-bombing of 1945. Andrew and Alicia’s apartment building was spared, but most of the surrounding area and the beautiful 19th and turn of the century architecture was reduced to rubble.

Most of the ruins were bulldozed and replaced with simple block construction, but – and I am glad that the evidence still remains – this particular church was allowed to remain, and was eventually shored up and roofed for safety.

The following set of photographs tell the story of the neighborhood (prior to 1945), the devastated church building, and then a few featuring Andrew and Alicia’s building and neighborhood today.

Rebekah and I are leaving Mr T. with his parents for the next few hours so we can do a little more exploring.

So enjoy these photographs, think about the terrible cost of war, and have a day full to overflowing with peace and blessings – DEREK 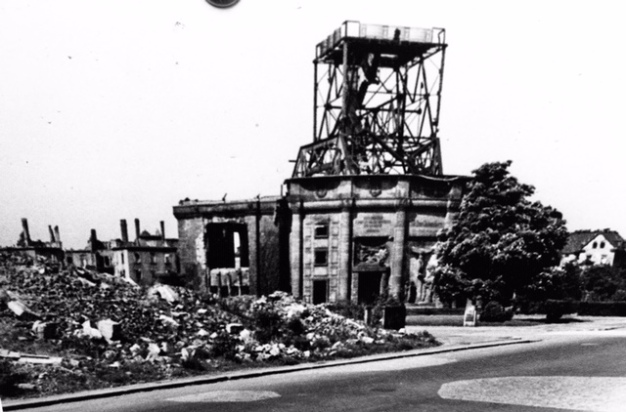 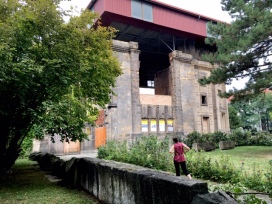 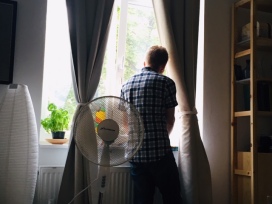 Andrew at the window 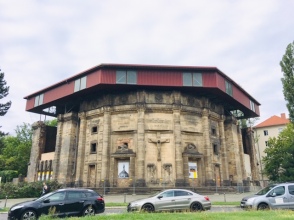 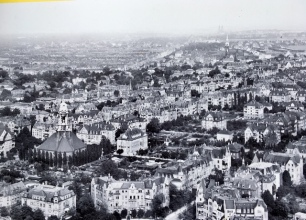 neighborhood prior to 1945 bombing 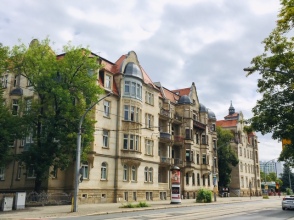 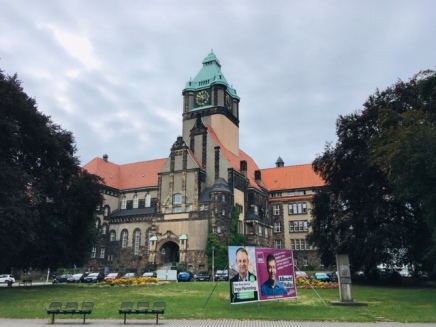 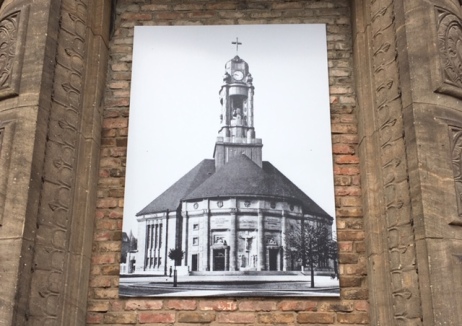