Sometimes, once in a while, the opportunity presents itself to take a snapshot of life many years ago then fast-forward it to today.

Three kids, all in our youth group back in Brandon in the late 1990’s – Andrew, Naomi, Kelly. 20 years later, meeting together for dinner at our house two days before Christmas. Now it’s Andrew and Alicia along with “Mr. T; now it’s Naomi and Craig (he’ll be down later today) with David and Beks; now it’s Kelly and Mike with their little boy.

What an explosion of life! Three young people turning into three families. Three families defined by faith and intent on living as disciples of Jesus, raising their children in the knowledge and the love of God.

For me and Rebekah it was a beautiful moment that we would love to share with parents of teens today. We can’t offer a crystal ball that looks into the future, but we can point to love, grace, and mercy, and hope, and promise. Everything, absolutely everything we invest in children and youth and families is worth the time and the money and the sacrifice and the prayer.

Next time someone goes off the deep end complaining about “today’s young people” – as if members of the next generation (which we once were) are some kind of a scourge – direct them to this hope-filled photograph.

God is always doing something new, it’s one of the most consistent themes of how God moves in this world.

So how about some prayer instead of the complaining? How about being thankful that there are Andrew’s out there, and Naomi’s, and Kelly’s too – along with their Alicia’s and Craig’s and Mike’s, along with all their beautiful children.

Christmas is all about something new! Happy Christmas Eve! 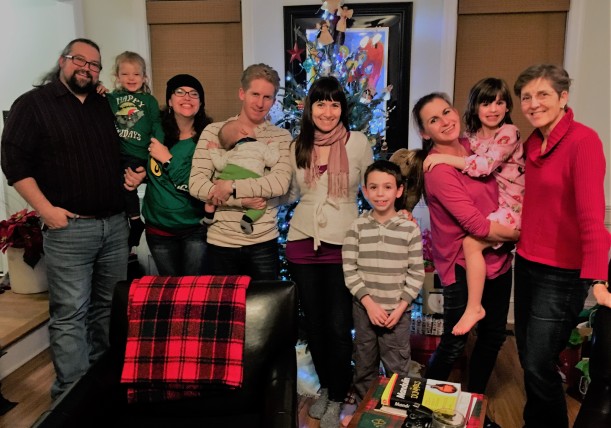